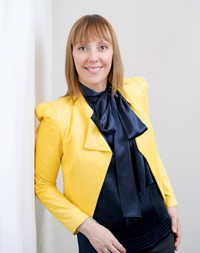 Anat Gerstein, Founder and President, started her eponymously named firm in 2010 after years of seeing first-hand the support nonprofits need to effectively tell their story. Prior to starting the business, Anat served as chief of staff and press secretary to New York City Public Advocate Betsy Gotbaum, provided public relations services to top healthcare companies, including Eli Lilly and Cigna, developed effective communications materials for social service and other non-profits, and promoted political candidates at the state and local level. She began her career nearly 20 years ago in the advertising sector, working on consumer brands such as Vicks and Crest.

Anat is a graduate of New York University’s Stern School of Business and a Sabra (Israeli native). Anat has been a member of The New York Community Trust Nonprofit Excellence Awards Selection Committee since 2013. 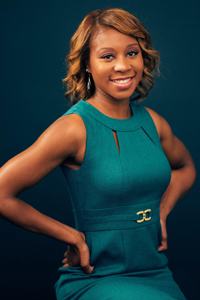 Erin Clarke, Senior Account Executive, joined the Anat Gerstein team in 2020 after working as a television news reporter for 12 years. Erin previously worked at the NBC affiliate in Pittsburgh, PA, as the Bronx reporter at NY1, and at other stations throughout New York State. Erin is a graduate of the University of Pittsburgh, where she earned a Bachelor’s degree in English Writing, and Syracuse University, where she earned a Master’s degree in Broadcast Journalism. She lives in Brooklyn. 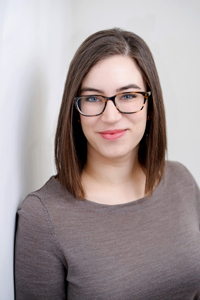 Jaime Williams, Senior Account Executive, joined the Anat Gerstein team in 2015. Previously, she was a reporter at The Bronx Times, covering local news in education, government, business, and nonprofits. She is currently a member of The New York Community Trust Nonprofit Excellence Awards Selection Committee. Jaime is a graduate of the University of Missouri, where she earned a Bachelor of Journalism degree studying print and digital news. She lives in Queens. 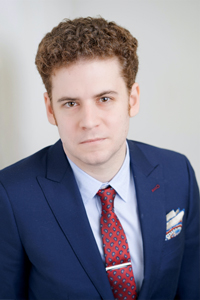 Jake Oliver, Vice President, joined Anat Gerstein in 2018, after working for over three years at The TASC Group, where he managed media relations and crisis communications campaigns for clients in the nonprofit, labor, financial services and health care fields. Prior to that he worked in New York City politics and government, where he served as Chief of Staff to a member of the New York City Council and as a communications aide on a number of successful campaigns that elected candidates for city, state, and federal offices.
Jake received his BA from Drew University and his MS in Urban Policy Analysis and Management from The New School. He is a native New Yorker, and lives with his wife in Astoria. 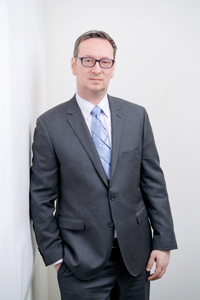 Jeff Simmons, Executive Vice President, has more than three decades of experience in private and public sector communications, media, and journalism. Well-networked in New York City, Jeff currently hosts two shows on politics and policy on WBAI 99.5 FM radio: Driving Forces on Thursdays at 5:00 PM and City Watch on Sundays at 10:00 AM. He also hosts the It’s in Queens podcast for the Queens Economic Development Corporation.

Jeff previously served as Senior Vice President for Communications at the Alliance for Downtown New York, the country’s largest Business Improvement District, where he spearheaded the organization’s PR and communications strategy to amplify the region’s recovery a decade after the September 11 attacks. Prior to that, he ran communications for New York City Comptroller William C. Thompson, Jr., and served as campaign advisor to Thompson in 2009 and as his reelection Campaign Manager in 2005.

A born and bred journalist, Jeff spent 17 years as a reporter, working at The (Bergen) Record of Hackensack, New York Post, New York Daily News, and New York 1 News. A New Yorker for nearly two decades, Jeff lives with his partner and two Brussels Griffons in Queens. You can follow him on Twitter and Instagram at @JackHites. 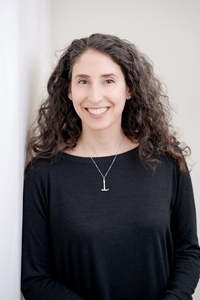 Joanna Gallai, Senior Account Executive, began her career at Shandwick Public Affairs (now Weber Shandwick) in Washington, D.C. where she worked on the team that supported the U.S. government and a client in a case at the World Trade Organization. She later moved to the New York office where she staffed and managed a variety of consumer goods and food accounts, including Ferrero USA, Kodak, Gas-X, and Burger King. When she left full-time paid work to stay home with her children, she continued freelancing and spent seven years as the Vice President of Communications for PennNYC, the University of Pennsylvania’s Alumni Association. At PennNYC, she created content for and launched the organization’s website and crafted all communications materials. Joanna joined Anat Gerstein, Inc. part-time in January 2013. She is a graduate of the University of Pennsylvania where she earned a bachelor’s degree in Communications and Art History. She lives in New York City with her family. 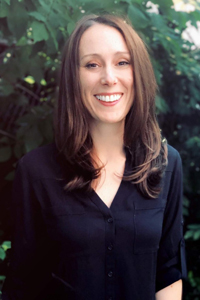 Karin Venegas, Senior Account Executive,worked in the nonprofit sector for 15 years before joining the Anat team in 2019, where her clients include cultural institutions and human services organizations. Most recently, she served as Director of Development & Communications at Exploring the Arts, an arts education nonprofit founded by legendary singer Tony Bennett. At Exploring the Arts, Karin created and executed the external communications strategy, served as the organization’s chief writer, grew the organization’s email and social media networks, and collaborated with Mr. Bennett’s PR team on strategy and content creation for key campaigns and events. In her last year, Karin helped secure one million dollars in new grant funding to launch two programs.

Karin is certified by the NY State Department of Health as a volunteer Victims Advocate and provided crisis counseling to sexual assault and domestic violence victims at Manhattan’s Mt. Sinai West and St. Luke’s Hospital emergency departments for two years, before directing an award-winning documentary on the hospital’s Crime Victims Treatment Center, which is distributed by Women Make Movies. She is a graduate of Mount Holyoke College and a native New Yorker raised in Inwood, Washington Heights, and East Harlem. She currently lives in Astoria, Queens with her husband and daughter. 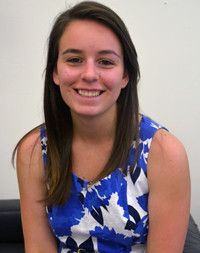 Lynsey Billet, Senior Account Executive, worked in nonprofit advocacy, lobbying and research prior to joining the Anat Gerstein, Inc. team in 2016.  She previously served as a member of AARP’s national campaign communications team, working on its digital and social media campaigns that furthered advocacy efforts on behalf of senior citizens. Prior to that, Lynsey interned with the PPL Corporation, a utilities company in Pennsylvania, serving as a junior lobbyist and also worked as a research assistant in the Political Science Department at Kutztown University of Pennsylvania.  She is a graduate of Kutztown University of Pennsylvania, where she earned a Bachelor of Arts degree in Political Science. She lives in Brooklyn. 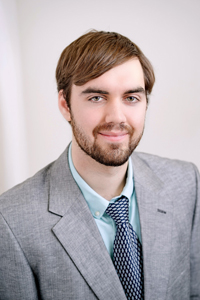 Nate Svogun, Account Associate, joined the Anat Gerstein team in 2019. He previously worked as a writer and web content producer for Fordham University School of Law’s marketing and communications department, writing stories for Fordham Law’s online newsroom and alumni magazine.  Nate has interned at Fordham University Press, the oldest Catholic university press in the country, and worked as a writer and editor for several student-run publications at Providence College, his alma mater. He also has several years of experience working as a writing tutor. Nate holds a Bachelor of Arts degree in English from Providence College and a Master of Arts degree in English from Fordham University, where his research interests included Milton, Shakespeare, and contemporary science fiction. A New Yorker since 2016, Nate currently lives in the East Village. 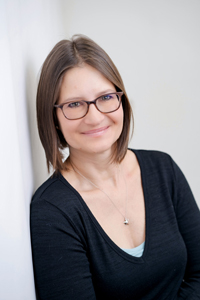 Sandra Tharas, Account Associate, began her public relations career working for the German National Tourist Office in New York, showing US travel journalists her home country. Sandra graduated in 1999 with a Masters degree in Social Sciences from Friedrich-Alexander University in Nuremberg, Germany and moved to the US a year later. After her son was born in 2005, Sandra decided to stay home with him and worked part time positions as Administrative, Public Relations and Marketing Assistant. She lives in Queens with her family. 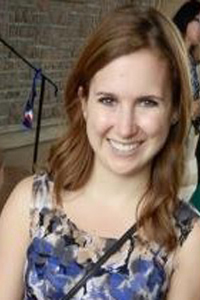 Sophie Crumpacker, Senior Account Executive, joined Anat Gerstein in 2017. Prior to joining the firm, she worked in communications and development at Partnership with Children, a nonprofit that provides counseling services to New York City public school students. She interned at the Huntington Disease Society of America and worked as a research assistant in a psychology lab. Sophie is a graduate of Washington University in St. Louis, where she earned a Bachelor’s degree in psychology and public health. She lives in Portland, Oregon. 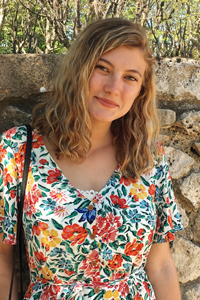 Sydney Brown, Account Associate, joined the Anat Gerstein team in 2020. A Pittsburgh native, she previously interned at Elisco’s Creative Café and Pittsburgh Ballet Theatre. Sydney graduated in 2019 from the Ohio State University with a B.A. in communications and French. In spring 2018, She studied French at the Cours de Civilisation Française de La Sorbonne in Paris. While at Ohio State, she served as a member of two student-organizations Buckeyethon and She’s the First. She lives in Hamilton Heights. 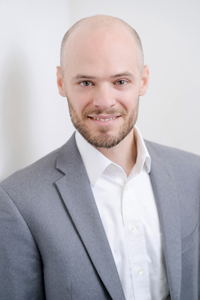 Zac is a graduate of New York University, where he earned bachelor’s degrees in Journalism and History, with a concentration in African Studies. Zac has also done graduate work in Strategic Communications at Columbia University. A native of St. Louis, Missouri, and a New Yorker since 2000, he lives with his wife and son in Westchester County.