Skip to content
We have been consistently named as one of the top firms serving nonprofit organizations: City & State’s Political PR Power 50 and Observer’s Pr Power 50.

Promoting Your Event to Build an Audience 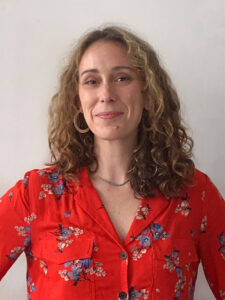 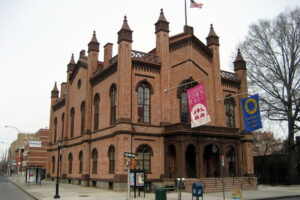 Cultural institutions were severely impacted by the pandemic shutdown of 2020.

When New York City’s arts sector reopened a year later, we pursued a press campaign to ensure that Flushing Town Hall would be front-of-mind for audiences deciding on their first ticket purchases.

Two of the tactics we employed were key to our success and are easily replicable (in fact, we return to them time and again):

To widen your reach, narrow your focus.

We targeted local and national press to help Flushing Town Hall sell both in-person and virtual tickets to a one-night-only, live-streamed performance from Broadway actor André De Shields as Frederick Douglass in a piece titled, “Mine Eyes Have Seen the Glory.” We wrote multiple pitches, each tailored to different niche audiences and outlets.

We secured stories in Black News Channel and Amsterdam News with a pitch focused on a Black artist’s tribute to one of history’s greatest abolitionists and Black thinkers. With a separate, theater-focused pitch, we secured coverage in Playbill and TheaterMania. Ultimately, this tailored approach led to prominent coverage, with major outlets like The New York Times and The Chicago Sun-Times recommending the event to their audiences.

Result: The in-person performance sold out, and the virtual recordings remained available online for an additional month in response to overwhelming demand.

When Broadway announced that its theaters would reopen, we immediately jumped into action.

We took Broadway’s headlines with this pitch: “Why wait until fall? New York City’s smaller arts venues are reopening NOW!” and continued to secure coverage for Flushing Town Hall events, like this TV story with Fox5 New York, that promoted a performance of the Queens Jazz Orchestra Ensemble.

The news anchor’s opening line came straight from our pitch: “Broadway’s full reopening may be months away, but some of the city’s smaller performing arts spaces are ready to fill the void.” A jazz event in Queens had little to do with Broadway’s biggest news until we made it so.

Result: Another sold-out show and a citywide story positioning Flushing Town Hall as a go-to destination for great jazz.

Last December a client was describing the problems they faced in delivering food to homebound seniors. Traffic was costing them—time and money. Traffic was a

Supporting People to Tell Their Own Stories

Sharing participant stories is a great way for nonprofits to engage key stakeholders and move them to action. Here are our best practices when it comes to working with individuals—many with sensitive or traumatic experiences—to tell their own stories.

Putting together a policy paper is only half the battle. Then you have to get it in front of the right people.

Girl Scouts of Greater New York recently celebrated the five-year anniversary of Troop 6000—an initiative to bring Girl Scouting to NYC Family Shelters. Our team has proudly supported its mission through storytelling at every step of the way.

Promoting Your Event to Build an Audience

Learn how our team used targeted media pitching and “newsjacking” to help an arts and culture client sell out performances.

Make Covering a Story a Snap for Reporters

Public relations tips for working with reporters that will help you form better relationships with press—and lead to great coverage.